Based on the research done in 2017 from NYC with the support of FES, we could say that there was a significant lack of local planning on the development of youth policies, much less in line with the priorities established or designated by the relevant institutions in consultation with young actors and entities of civil society and beyond. The lack of budget allocation specifically for strategic objectives both at central and local level made it more difficult to believe in the realization of the latter. There was an urgent need for orienting local institutions and donors to the needs and interests of young people, as well as a comprehensive dialogue and consultation process prior to the construction of a new national plan of a functioning local level. The project aimed to strengthen the network of National Youth Congress, including the relevant partnerships, to advocate and lobby for concrete local youth action plans and foreseen budget in the municipalities regarding those. This initiative was preceded by the common voice and attitude regarding the needs in youth sector, policy cycle and recommendations and political pressure for the upcoming local elections and the new strategy on youth.

The project had three main objectives:

Towards a more effective dialogue 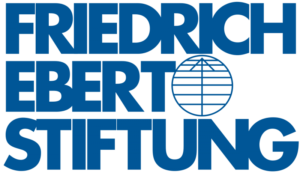 FES is and has been from the beginning the strongest supporter, aide, and partner of the National Youth Congress of Albania. With the belief and confidence that a strong civil society led by youngsters filled with ideals and values that are the roots of nowadays most successful western democracies, a partnership with KRK was deemed as a strategic essentiality.

The work supported and partnered with FES consists of initiatives that seek to improve the local policies and local democracies subsequently. Our collaboration seeks to elaborate and develop structured dialog in Albania and further the involvement of civil society and the state’s institutions in common discussions and work to develop youth policies and strategies that cover youth issues as efficiently as possible.